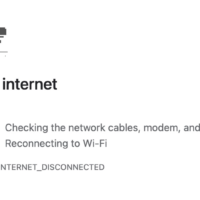 Public description: The Chrome Dino is an offline game inserted in the chrome browser by the Google UX team in 2014 as an Easter Egg. When you have no internet, the game appears automatically. According to the UX team, the Dinosaur symbolizes the prehistoric ages and thus serves as a symbol for being offline in the internet age. When the user presses 「↑」 or「Space, the dinosaur will start running in a straight line from left to right of the screen. The player can then control the dinosaur to jump and duck with the same keys. The game ends when the dinosaur hits obstacles, such as a cactus, stone, or pteranodon…. The highest maximum score is 99999, after which the game will reset. The game is simple and addictive. Since its launch, it’s developers added more features such as the birthday cake to celebrate Chrome’s10th birthday and Olympic torches for the 2020 Summer Olympics. In 2016, it also adds the day-night cycle.

Size: The dinosaur can be customized to situate different screens, normally ranges from 265*265px to 1200*1200px