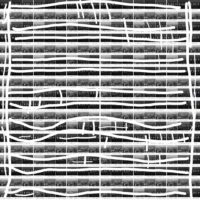 Public description: On Apr 22, 2022, a short video clip quickly went viral on China’s largest social media platform, WeChat. What makes this clip unique is how people modified the original one into different versions and formats. They had to because each time someone posted a new clip on their personal page (“friends circle”), the clip got deleted within one or two minutes, which prompted others to repost a new version, such as the image featured here. The original short video titled “Sound of April” was made by a WeChat user who combined several audio clips recorded by Shanghai citizens during the Shanghai lockdown and combined it with an with an aerial view of the city. The sound collection presents the difficulties that ordinary people encountered during the lockdown.. Shortly after the video was released, WeChat identified it as “violating relevant rules” and banned the display of the video. Since there is a short window of time between the upload and deletion of the video, people launched a cyber relay race to save the video from disappearing from the Internet. To increase the duration of the spread of the video, people started to recreate it into other media objects that are are harder to censor. This image is an example. The author of the image integrates 324 screenshots of the original video being transported by 324 different accounts. To evade censorship, the author used image editing software to add lines to the picture, creating a weirdly attractive visual object.

Credit: The original video “Sound of April” was created by the WeChat user whose public account is named “Forever Strawberry Field”. The image was created by an anonymous user.